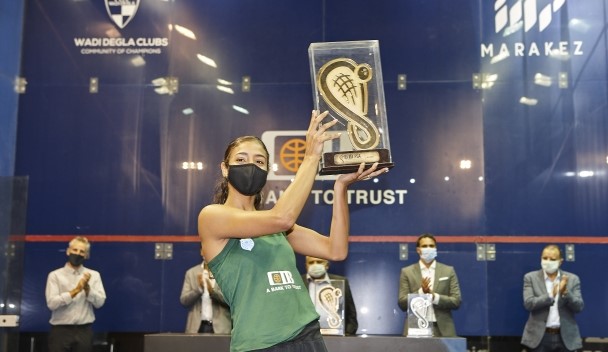 Hania El Hammamy has vowed to use the lessons she learned from her gut-wrenching defeat to Sarah-Jane Perry in the final of the Black Ball Open to help power her charge towards the top of the world rankings.

‘The Gazelle’ suffered her first major final loss to the Englishwoman in the most harrowing of circumstances after building a seemingly unassailable two-game lead and also failing to convert match ball in the pivotal fourth game before losing out in the fifth game finale 11-9.

But after taking stock and conducting an extensive video analysis of the epic encounter with her coach Haitham Effat, El Hammamy is back on court and now building towards the return of the PSA World Tour at a date still to be confirmed.

The 20-year-old also believes that the experiences she has banked during her breakthrough year, in which she claimed the 2019/20 Black Ball title while still in her teenage years before winning the CIB PSA World Tour Finals, with hugely impressive victories over Nour El Sherbini and Nour El Tayeb respectively, have now firmly put her in the knot of players who can be considered as major challengers for the game’s biggest titles in 2021.

“I wasn’t really happy with the way I lost. Obviously, I was very close to winning and did get to match ball, but I also have to credit SJ. From the second game on she started to play better and better and a big congratulations to her on her victory,” said the magnanimous El Hammamy.

“But for myself, I have to find a way to win when things are not going well for me and perhaps, being honest, when some of the decisions did not go my way, I could have dealt with that better but that is not an excuse. The fact is that I did not lose because of the decisions.

“At first, I did not want to review the video of the final, so I took a few days to let things settle and then I went over the match with my coach Haitham Effat. Of course, we reviewed my errors and where I went wrong and there are things I have learned from that match, for example that I need to keep control of my emotions, that I will definitely take forward with me.”

The World No.5 also revealed that the words of former World No.1 Laura Massaro in an exclusive interview with PSA website earlier this month had provided her with welcome encouragement.

“I read the article with Laura on the PSA website and I remember that conversation with her and she was right, there was a spell when I was trying to make my breakthrough and ranked in the 20s and every draw it seemed like I was facing a No.1, or a No.2 seed in the first round.

“So, yes, that was a bit frustrating, but it also gave me a fantastic chance to learn and test my game against the best players. Soon I realised that this was in fact the key, that to do well or win any tournament you were going to have to beat the best at some stage, whether that was in the early rounds or later in the tournament.

“So, Laura was correct that I had some tough losses to cope with, but it has been a great help in the way my game and my mentality has developed from there.”

Looking back at what was a hugely impressive breakthrough year by any standards for a player who only turned 20 in September, the Egyptian admitted that at times she had been too hard on herself when adversity came calling.

“2020 was a good year for me and I am grateful that it went so well but I believe there is more to come in 2021. I do expect a lot from myself and of course you look back at the losses and you are not pleased, and you ask yourself how you could have done better and try to make sure you learned from each of these.

“But at the same time, I have realised that I have been a bit hard on myself on occasion! Because to have won the Black Ball and the CIB World Tour Finals, then to reach World No.5 is very pleasing for me and that has given me a great platform to build on going forward over the next year, because it’s important that you must always look to improve yourself.”

When it came to the moments that dominate her highlights reel, El Hammamy has no doubts about what was top of her personal hit parade:

“Probably the highlight of 2020 was winning the World Tour Finals and that was because I didn’t feel I was playing at my best and what won the title was not my squash but the strength of the physical and mental aspects of my game.

“Particularly to come back from two games down in the final to beat Nour El Tayeb, having lost to her in the best of three games pool match, was really pleasing as I had to stay very strong to turn that around against such a fine player as Nour.

“But for me the biggest single win was to beat Nour El Sherbini in the final of the first Black Ball. To beat someone like Nour who has won the World Championship on four occasions, has so much experience, and over such a long and hard five-game match was just really pleasing.

“Nour is unusually tricky to play and she knows so well how to deal with every situation and also to play against the younger players. So, in terms of one individual match then that is the victory that stands above all else in 2020 for me and that is because I have so much respect for Nour and everything she has achieved in squash.”

Looking forward to 2021 El Hammamy demonstrated impressive maturity in her assessment of what she hopes will be to come as the New Year unfolds.

“I do not want to put too much pressure on myself by saying I will do this or that but what I will say is that I feel that I am now in the group of players that are contenders for the major titles.

“I feel like the experiences of the past year have put me in a very good place now to kick on and challenge for the biggest titles and that was maybe not the case at the same time last year.

“But it is tough to look forward and plan things as at the moment we don’t have a calendar or a schedule for the tournaments and when they will fall going forward, so planning and evaluation is not easy right now.

“But after taking two weeks off I am now back in training and like the rest of the players I hope we will get that schedule soon.” 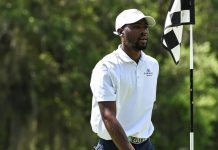 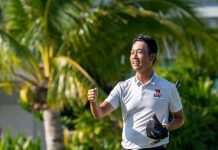 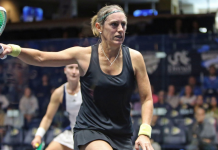 SANDGATE OPEN PREVIEW: GRINHAM PUTTING NO PRESSURE ON HERSELF 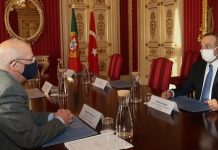 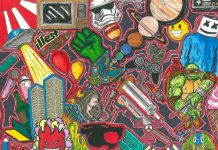